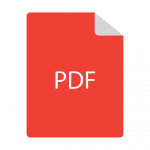 In 2014/15, the communities that are members of LNFMI decided to look at the business potential of starting their own forestry company. This company would own equipment and hire workers from the four First Nations in order to conduct forest prep work on the Lake Nipigon Forest – including brushcutting, tree planting, forest prep work, spray programs, cone collection and other services required prior to and post harvesting. The decision was made to not move immediately into large-scale harvesting operations due to the prohibitive initial costs, but rather to build the company’s abilities and reputation slowly, and move into larger operational aspects of the business once they were better established. In 2017, with loans from the four First Nation’s corporations and trusts, Four Nations Forestry commenced operations on the Lake Nipigon Forest, hiring a crew of four members from the communities. Despite being a new start-up company, Four Nations Forestry made a small profit in its first year of operations, and the loans were re-paid to the communities at the end of 2018. Dividends will begin flowing following to the four communities within the foreseeable future.